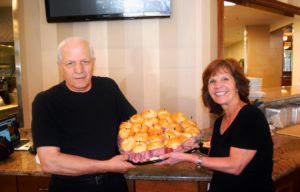 Joe and Jeanette Kanaan opened Joe’s Deli on Hilliard Boulevard near Rocky River’s eastern edge in 1994. Before opening the restaurant, Joe had worked as a plumber; Jeanette was raised in a restaurant family.

Jeanette’s brother, Ralph Abdallah, the eldest child of a large Lebanese family, emigrated from Lebanon to the United States in 1956 at age 21. He spent a short time in the service and then lived in Canada for a brief period. Eventually, Ralph moved in with a cousin in Cleveland, where he opened a grocery and deli across the street from Fenn College (the forerunner of Cleveland State University) on Cleveland’s near East Side.

Ralph’s grocery-deli business grew, eventually enabling him to help the rest of his family move from Lebanon to Cleveland in 1965. Shortly thereafter, Ralph took over a small restaurant on St. Clair Avenue called Larry’s Ham and Eggs as its owner was preparing to retire. Ralph operated that establishment, which served a largely Jewish clientele, with help from his brothers and sisters, including his youngest sister, Jeanette. Ralph eventually changed the restaurant’s name to Slyman’s — his grandfather’s last name — and it grew into the Cleveland dining institution that it remains today. 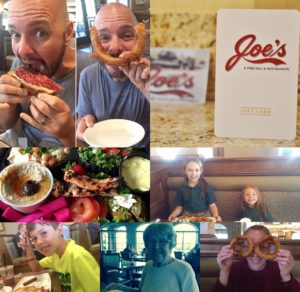 As Ralph’s brothers, sisters and other relatives grew and started getting married and having their own families, many of them learned the restaurant business working at Slyman’s. Several of them went on to open similarly styled delis and restaurants, most of which are still going strong today — including the West Side culinary jewel Joe’s Deli in Rocky River. 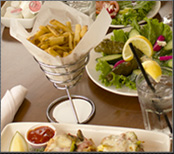 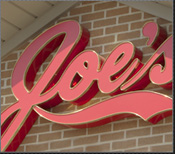